The Completely Sane World of Riq Chiznik, an album of twelve weird and wonderful songs by Illinoisan music producer Riq, comes in its Bandcamp edition with a beautiful e-book of art reproductions, lyrics sheets and other writings. The GIF below shows in miniature the book’s contents with its expressive use of colour and forms.

Riq Chiznik’s graphic work informs the music-making process and vice versa. There is something about the cartoony abstractions of Riq’s colourful art that hangs together with the music. Discoveries in one medium are translated in the other. When listening to a Riq Chiznik piece, one hears a rich stew of influences – condensed ragtime quotations, dust bowl freak blues, free jazz, the furniture utility of Brian Eno’s ambient music, the hallucinatory yarns of Captain Beefheart, the fragmented storytelling of Bob Dylan at his most stoned, the imagery of 20th Century experimental American film and art, the vivid splatterings of Jackson Pollock, the mystical comic book impressions of Don Van Vliet (again!), the delirious unconscious associations of Dalí, the jumbled, nervy neo-expressionism of Jean-Michel Basquiat, all animate Riq Chiznik’s visual and musical inventions.

Here is a selection of pages from the book. Click on the images for larger size. 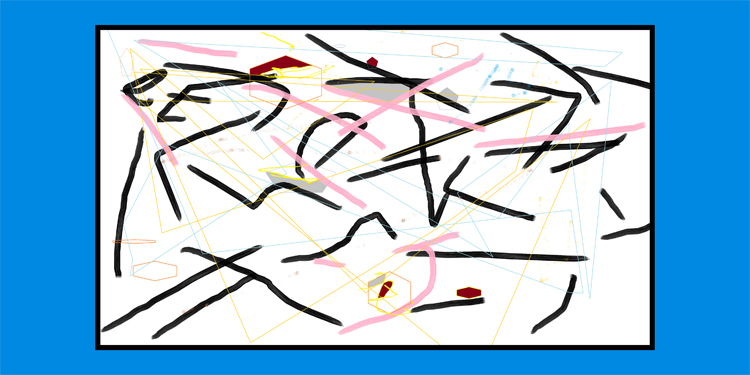 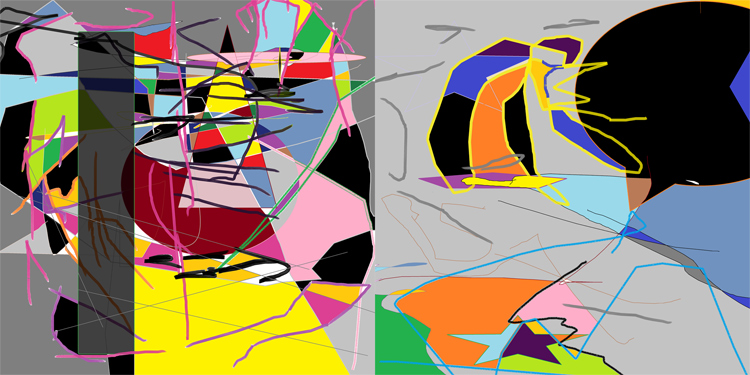 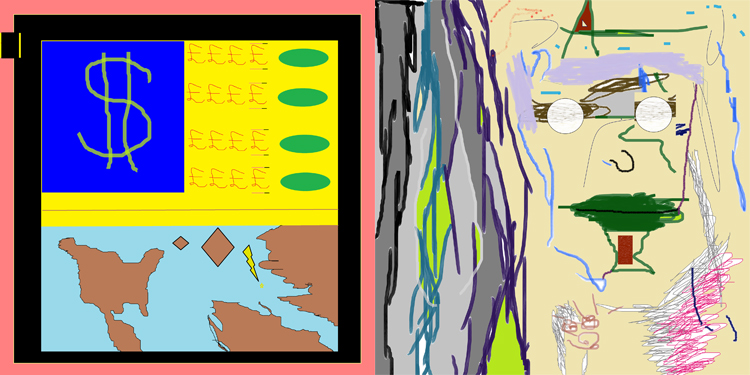 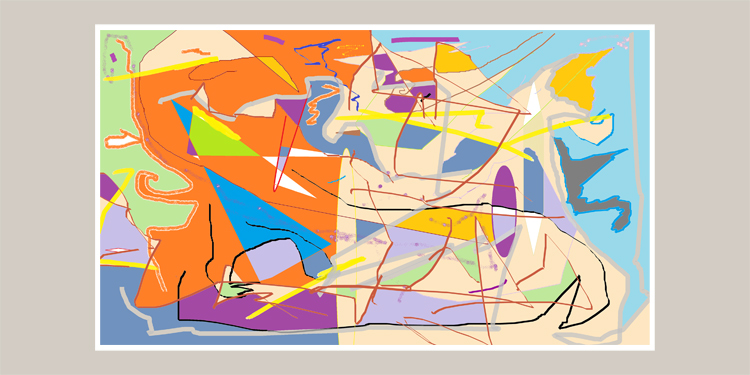 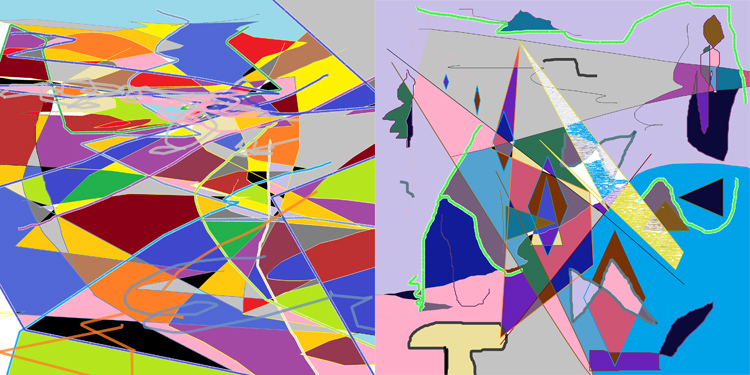 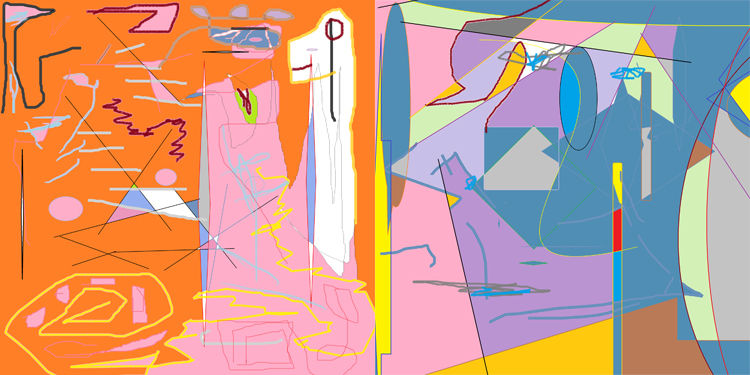 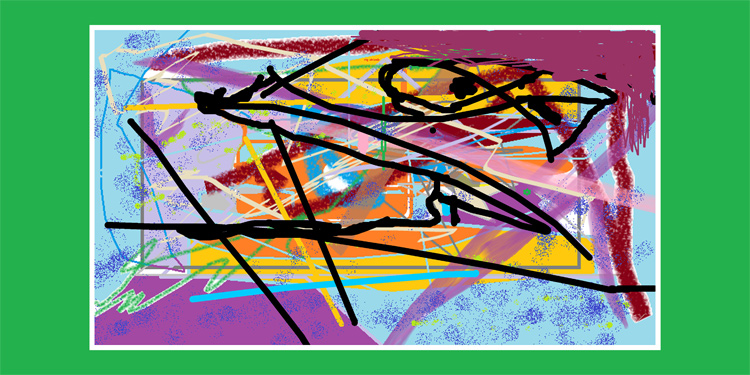 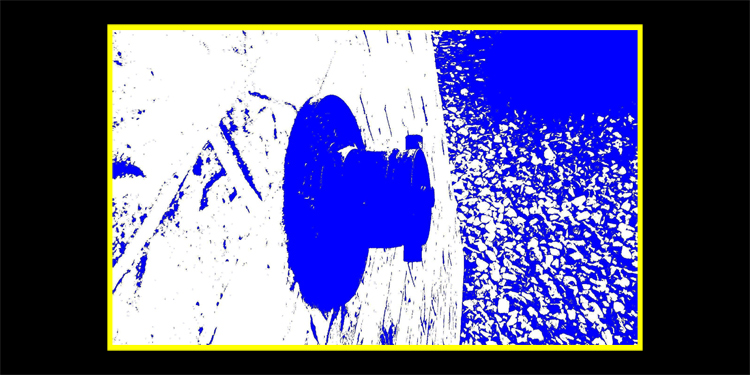 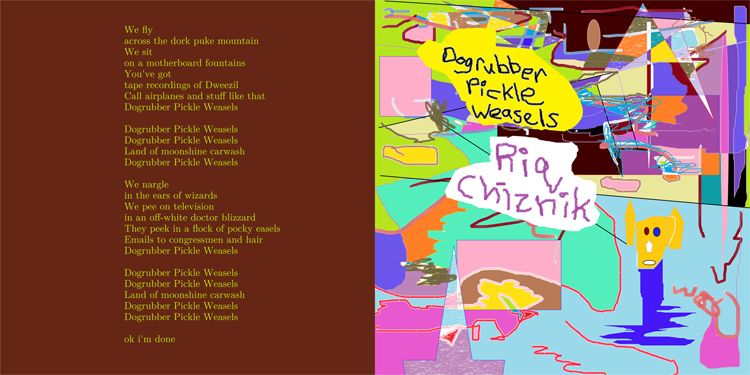