James Dolan was interviewed recently by Thomas Ogg, feature writer for Jersey Evening Post. Here is the interview in which James talks about the forthcoming Summer Sizzler event on June 23 and a show by Outrage Against the Machine with support from Any Given Sunday and Vagus later that night at Watersplash Jersey.

Thomas Ogg: What can islanders expect from Outrage Against the Machine?

James Dolan: They can expect an epic show. These guys really put on a performance. Their sound is spot-on and pretty much the closest thing to Rage Against the Machine. Not only do they sound the same they also really play the part well. Check out the YouTube video to see exactly what I mean.

TO: When did you first develop an interest in music? Who were the first bands/artists you got into?

JD: I first got really into the wonderful world of rock in my early teens. I was given a mix tape with the Pixies, Nirvana, Dinosaur Jr., Sonic Youth, Iggy Pop and all these mind-blowing bands. I was hooked and when I first saw Rage Against the Machine on a late night arts show on BBC Two in the ’90s I made sure I was there show as soon as they came to London.

TO: When and how did you first form Bubblebrain Records? What were your ambitions for the company?

JD: Bubblebrain Records came into existence a little over two years ago now. Since starting we’ve been overwhelmed from the support and interest from all over the world and have worked with some amazing and inspiring artists.

TO: How would you describe the music of Vagus?

JD: The music of Vagus is a wonderful mix of psychedelic tones, driving beats and basslines, haunting vocals and sinister synth sounds heavily influenced by the krautrock movement of the early ’70s.

TO: If you had to pick a single Vagus track to introduce a newcomer to your music, which would it be, and why?

JD: I’d have to say Tokyo, it’s pretty bonkers and definitely a great introduction to our weird and wonderful world of Vagus. 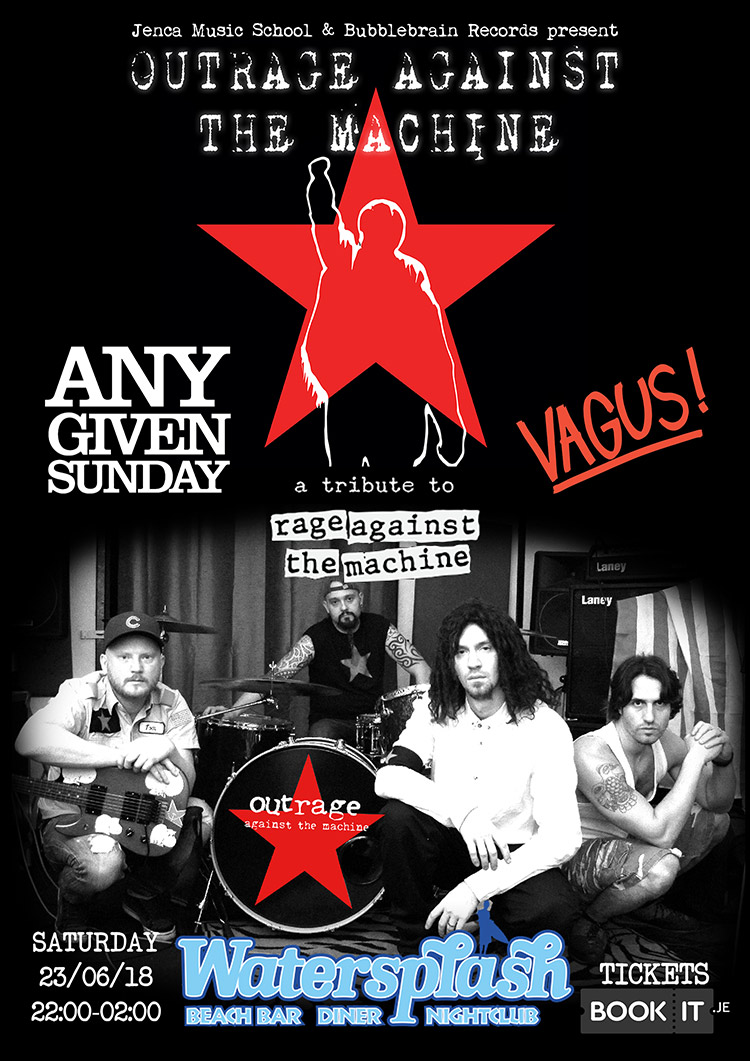 TO: What do you think makes Rage Against the Machine such an iconic American band?

JD: What makes them such an iconic band is the mix of hip hop and metal. Their live performances are truly unforgettable. The energy and perfectly crafted lyrics make them easily one of the greatest bands of all time.

TO: What – if push comes to shove – is your all-time favourite Rage Against the Machine track, and why?

JD: My favourite would have to be a track called Wake Up from their first album. They sample Kashmir by Led Zeppelin and it just blows my mind.

TO: What has been your most memorable experience while performing over the years?

JD: There are so many great memories but I’d have to say our most recent tour of Sri Lanka. We played some amazing shows out there. Some of the venues were breathtaking. We had to pinch ourselves playing in 36° heat just a few feet from the Indian Ocean. The standout moment for me was when we headlined the Sion Surf festival. It was amazing to see all these people singing along and I had the honour of the town’s most legendary Rasta joining me on stage for the final number. I felt truly blessed.

TO: What do you think makes the Watersplash such a good venue for these sort of events?

JD: The Splash is such an iconic venue set in one of the most beautiful spots on the island. It’s definitely held some of the greatest events Jersey has ever seen and is sure to continue. Its epic sound system and beautiful views makes it such an ideal venue for both day and night events. Summer Sizzler will be an outstanding day and Outrage are gonna blow the roof off.

TO: Finally, what other Bubblebrain Records events can Islanders look forward to this year?

JD: Bubblebrain Records have a busy summer ahead as well as working with Jenca Music School on Summer Sizzler we also have some events planned bringing live acts back to the Havana Club. We’ve also got some pretty big releases coming up like the first Vagus album and Craig Smith’s project. Plus DJing at Club X nights every Saturday at Chili Bar and hopping back and forth from London and Brighton checking out the best unsigned acts. We are busy little bees.

Plans are also underway for an event at a secret location at the end of the summer. The event won’t be announced on social media, it’ll be totally word of mouth, even the bands won’t know the venue until a few days before. So keep your ears to the ground and watch out for the signs! 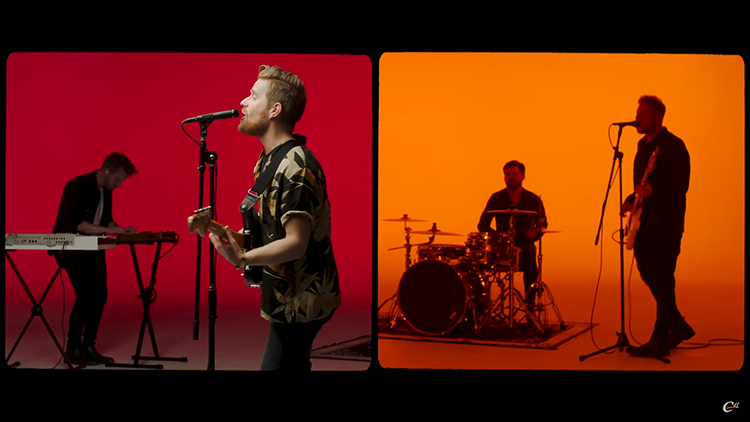 Mozaics are the headline act at Summer Sizzler on Saturday 23 June. They are celebrating recent top 10 success on MTV and over 100,000 views in two weeks of their new single Before We Grow Old. Click on the picture above to watch the music video. 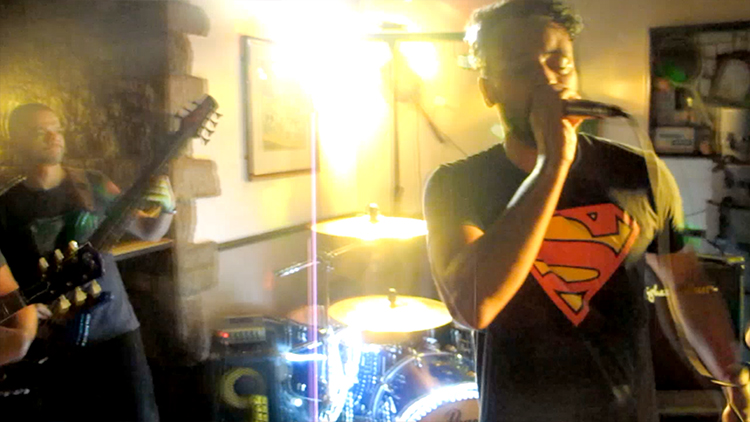 Serkedian wowed the crowd recently at Peas & Glove’s Permanent Olly Day 4 2018. With fans eagerly awaiting the release of The Balance produced by Wilson Nash, they’ll be joining the Summer Sizzler lineup and plenty of other talent-studded events this summer. Click on the picture above to enjoy a performance of forthcoming single Fire by Serkeidian.

Other acts performing during the day at Summer Sizzler

BENNY THE MOTH – The band formerly known as Benny the Moth and The Erogenous Zones. Original reggae-funk-rock fusion.

NIGHT@NICK’S – This very new band brings together Mark Anders and Jerry Robins after 45 years when they played together professionally in the Decca Records-signed The Parlour Band.

Mark Anders went on to play in A Band Called O and subsequently moved to the business side of the music industry working in various record and publishing companies. He returned to Jersey in 2013 to retire but currently consults for a European publishing house. He is also the chair of Youth Arts Jersey.

They are joined by Colin Le Masurier (who has performed with Jerry in The Watsons for a number of years and has played in various local outfits, notably Sgt. Pipon’s and Red Tape) and Mark’s brother Clive Anders who is well known for not only his involvement with his brothers in The Intruders, Existence, Chameleon etc. but is also remembered for running a respected record shop in Les Quennevais precinct in the heyday of vinyl.

Acoustic Shock featuring J.A.C.K. – Acoustic instrumental guitar duo formed in 2015 consisting of the dual talents of Martyn Cast and David Ashurst, both guitar tutors at Jenca Music School. The repertoire of Acoustic Shock is styled on covers in a varied array of musical styles.

Jenca Music School accepts students of all ages and levels of ability and offers a fun and dynamic style of tuition.